“We’re looking to build a museum that will be an interactive, cautionary experience.” 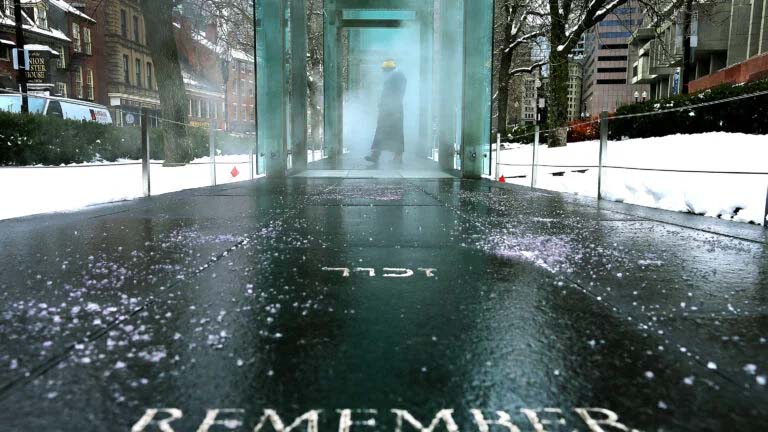 BOSTON (AP) — A Boston couple says they have purchased a building in the city to create a Holocaust museum.

Jody Kipnis said Thursday that she and Todd Ruderman purchased the 15,000 square-foot building on Tremont Street for $11.5 million. They are co-founders of the Holocaust Legacy Foundation, which seeks to preserve and perpetuate the memory and lessons of the Holocaust for future generations.

The New England Holocaust Memorial is in Boston, but this would be the first indoor museum dedicated to the Holocaust in the city.

Kipnis said it’s still too early to say when the museum could open, but they hope to move quickly because of increased antisemitism and xenophobia around the world.

“Look what’s going on in Europe again,” she said, referring to Russia’s invasion of Ukraine. “And we’ve seen a rise in hate crimes and swastika graffiti in schools in Massachusetts. We’re looking to build a museum that will be an interactive, cautionary experience.”

Kipnis and Ruderman went to the site of the Auschwitz-Birkenau death camp in 2018 with a good friend and Holocaust survivor, who asked them to tell his story. After, Kipnis said, they started a fellowship so Jewish teenagers could travel to Germany and Poland and learn about the Holocaust, then return to educate others and serve as a resource when their communities needed to address antisemitism.

The trips were canceled during the pandemic and this summer’s plans are halted due to the war. Kipnis said they ultimately knew they wanted to make a larger impact.

Michael Berenbaum, a professor, author and filmmaker who served as project director for the creation of the United States Holocaust Memorial Museum, is in charge of developing the exhibitions for the Boston museum. He said Thursday that he’s working to integrate the story of the Holocaust with the locale of Boston and the people and history of Boston, including the Freedom Trail and Holocaust Memorial.

Berenbaum said he signed on to the project in part because Holocaust imagery is widespread these days, but Holocaust education and knowledge is not. The Holocaust, World War II and Nazism have been important tools for Vladimir Putin in his bid to legitimize Russia’s moves in Ukraine, but historians see their use as disinformation and a cynical ploy to further the Russian leader’s aims.